FLAGS AND COAT OF ARMS OF THE WORLD   SYMBOLY ČESKÉ REPUBLIKY

FLAGS OF THE CZECH LOCALITIES

How become a member
of the CVS

Czech Vexillological Society (hereinafter „CVS“) is the oldest association of this character in Central and East Europe. It was established as then Vexilologický Klub under the auspices of the Prague 3 District House of Culture on 29. January 1972. Then, 31 persons interested in study, collecting, registration and documentation of flags, i.e. in vexillology as an auxiliary science of history joined their powers. However, they were not only from Prague 3 district but from all around then Czechoslovakia; the external members joined us from East Germany, Poland and the Soviet Union where similar associations of vexillologists did not yet exist. The membership reached to one hundred people very soon but its maximum came in the 80´s of the last century not long before the revolutionary year of 1989. At present, the CVS embraces around one hundred members from Czechia again but also more then twenty foreign members and keeps the bulletin exchange with further twenty foreign associations around the whole world. Political changes in 1989 enabled us to become an independent legal subject and to joint Fédération internationale des associations vexillologiques (FIAV) on 23. August 1993 (since 1. July 1991 CVS was recognized as “Honorary Affiliate”). On 2. April 2005, the Vexilological Club changed name to the current one.

Since the moment of our foundation we focused on the creation of a written medium for communication among the members. Therefore, the bulletin Vexilologie has been published continually since September 1972 when the original (triple) issue was sent to the members for the first time. Since 1972, the bulletin has been issued quarterly and represents conception of the CVS´s scholar activities. Originally, the role of Vexilologie was in spreading of the early and continuous information about new state flags and arms because it was the theme of concern of all members of the association. Later on, the own research activities of leading Czech and Slovak vexillologists emerged and concentrated mainly to the domestic themes. Naturally, they were mirrored on pages of the bulletin so the articles on the local themes of Poland, Germany, Russia, Georgia Bulgaria etc. by our foreign associates who made their own research there. Exactly, the transfer of the vexillological research in Central and East Europe that CVS as the first and for a long period only such specialized association in this part of Europe presented regularly in its bulletin was highly appreciated in the rest of the vexillological community abroad. For our friends in the West, Vexilologie was the only source of information about vexillological activities behind “the Iron Curtain” for many years. As we could not also publish articles in our bulletin simultaneously in English under the previous regime or with the English summaries at least, we offered our foreign readers with a possibility to receive an English, German or Russian translation of the asked article. And they often take advantage of it, of course. After 1989, we still publish articles in the Vexilologie in Czech but with English summaries of the basic and main articles contained. And our bulletin is still an important object of exchange with our fellow associations in Africa, America, Australia and Europe. For those foreign friends who are especially interested in the subjects dealt on pages of our bulletin we are publishing a special yearbook in English since 1997 called Vexilokontakt. It usually brings a full English translation of various articles on the same theme published previously in Czech in the Vexilologie bulletin. In this manner, we make efforts to inform our foreign colleagues about results of our publishing and research activities. If you are interested in some Vexilokontakt presented on these pages do not hesitate to contact us. We are able to send you some newer issues (since 2001 if still on the stock) and/or to re-print a special copy of any issue for a seriously interested person.

The research activities we originally concentrated on register of the municipal flags in Czechoslovakia (1976-1979) or the sports corporate flags (1985-1987) as the only living vexillological material existing under the communist regime in our country. Of course, since the very beginning of the CVS existence we also paid our attention to the Czechoslovak national flag, its origins and history. Many articles by famous Czech and Slovak vexillologists (Ludvík Mucha, Zbyšek Svoboda, Aleš Brožek, Jiří Louda, Ladislav Vrteľ, Zdenko Alexy) were written on this matter for our bulletin. An extraordinary contribution to our bulletin in the period 1972-1989 has been the most prominent study on the origins of vexillology in Czechia “The Proto-Slavonic and Ancient Bohemian Vexillological Objects” by Jiří Januš that is positively reflected abroad after being translated into English and published in Vexilokontakt. Currently, the expert activity of leading Czech vexillologists except of their authorship of various books and articles, consulting and popularization of flags applies their mind to the work of the Parliamentary Sub-committee for Heraldry and Vexillology where the communal arms and flags have been approved for their granting by the Speaker of the House of Deputies. In that way, an originally leisure activity of the CVS members transformed into highly professional job on the level of the Parliament of the Czech Republic, i.e. incomparable with the influence of many foreign colleagues on the decision of their own state, political or expert authorities about national, regional or communal symbols in their homeland.

CVS has conducted busy contacts with foreign flag associations and a rich exchange of bulletins since the very beginning of its existence. After being reprinted in the Vexilologie bulletin, the flag novelties from the foreign bulletins were the only accessible source of information about development in the state vexillology in the world for our readers in the pre-Internet period. Good relations were established by our founder Ludvík Mucha with W. Smith and his Flag Research Center (U.S.A.), the late M.V. Revnivtsev and V.A. Lomantsov from Russian Centre of Vexillology and Heraldry, the late K. Sierksma and his Stichting voor Heraldiek en Banistiek (the Netherlands) or the late W.G. Crampton from the Flag Institute (U.K.). Nowadays, we particularly appreciate attention paid by the FIAV officials to our association and the FIAV President Michel Lupant who became a regular participant of our national congresses, especially. Very close and intensive are our contacts with our partner associations from the neighbouring countries, the citizens of which were our external members in the past – Slovakia, Germany, Poland, Russia, and Ukraine. Their top officials are in friendly personal relations with our leadership and many other Czech colleagues and they are attending our congresses and other meetings as we do in case of their meetings. We also established personal co-operation and friendship with our colleagues in Italy, Spain or Argentina, the national meetings of them we have also attended and presented the work of Czech vexillologists to them. Naturally, we established good relations with our friends from abroad when attending international congresses of vexillology held for every two years in many countries of the world. The previously private journeys of a few Czech vexillologists turned to the official representation of our association at the general meetings of the FIAV organized within the relevant congresses. Traditionally rich and interesting contents of the world flag congresses inspired our Flag Data Centre by Petr Exner to organize a similar event on the national level. The 1st Czech national congress of vexillology took place in Hradec Králové in 1996. Since that time we managed to prepare the national congress for Czech and foreign participants every fourth year. Up to now, we thus held five congresses in various cities of our country. The proceedings of those important events were published in order to recapitulate their role in the social life of Czech vexillologists and their friends from abroad. They are published in Czech but with rich comments in English and an English summary of each paper presented. The proceedings from all congresses but the first one are still available for seriously interested applicants. You are invited to take part in the next congress, as well!

If you are interested in the membership of the Czech Vexillological Society that annually costs a fee of ten euro or twenty dollars (for overseas) only, contact us kindly on our e-mail address vexilologie@centrum.cz and we will come in touch with you. 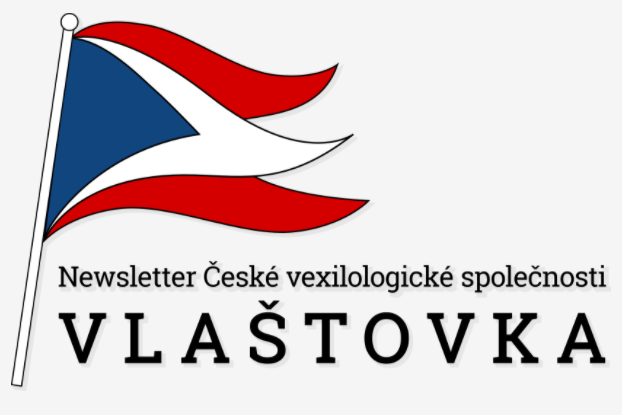